Billions of birds migrate through the Great Lakes region each year along what is known as the Mississippi Flyway, and most stopover in suitable habitats like cities, parks, and even the actual lakes. Migration is a spectacle so big that it shows up on weather radars throughout the month of May, but undetected by most in their everyday lives.

Birds have lived and called this region home for millions of years. They have found ways to cope with the severe seasonal temperature changes we experience. Some have adapted to live through the winters, while others fly south to warmer weather. Whatever the strategy, it is well established that the Great Lakes provides an incredible resource to some amazing species of birds throughout the year.

While all states along the Great Lakes host over 300 species of birds each year, there are a few species that are special to this region: 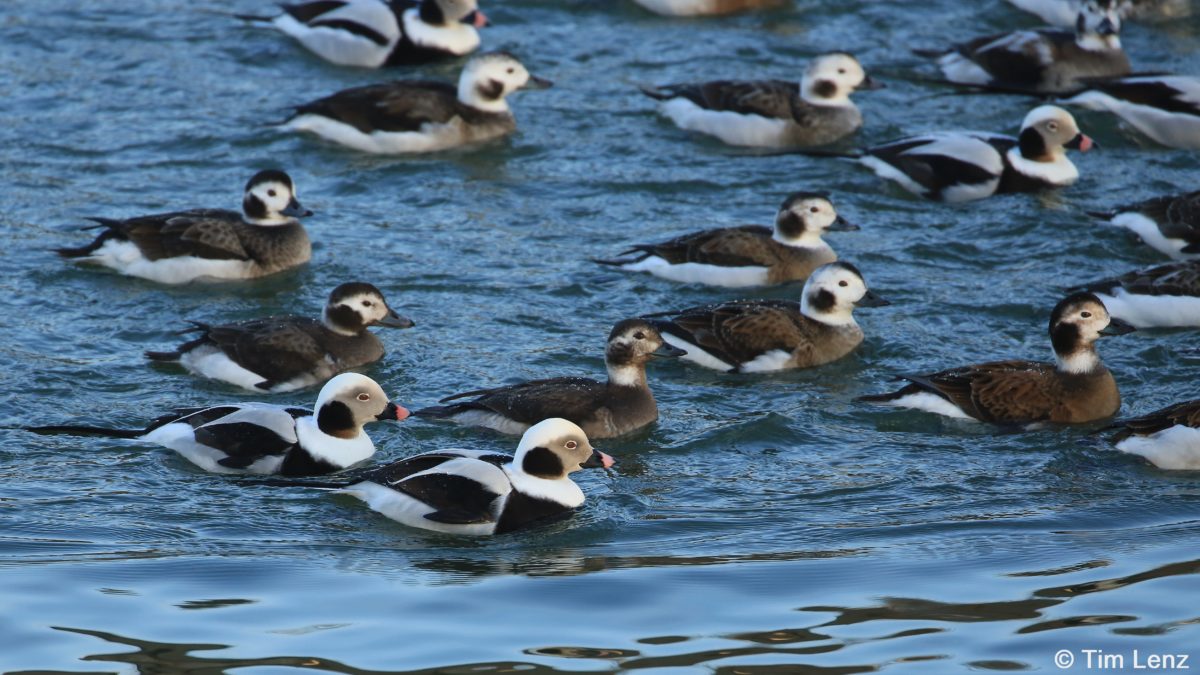 One neatly patterned duck that winters in this region is the Long-tailed Duck (Clangula hyemalis). They breed in the northern Arctic tundra of Canada and Alaska, but spend winters largely along the Great Lakes, as well as in both the Pacific and Atlantic Oceans. Diving at depths of over 200 feet, they can be found in small flocks, with large concentrations along the shorelines of Lake Ontario. 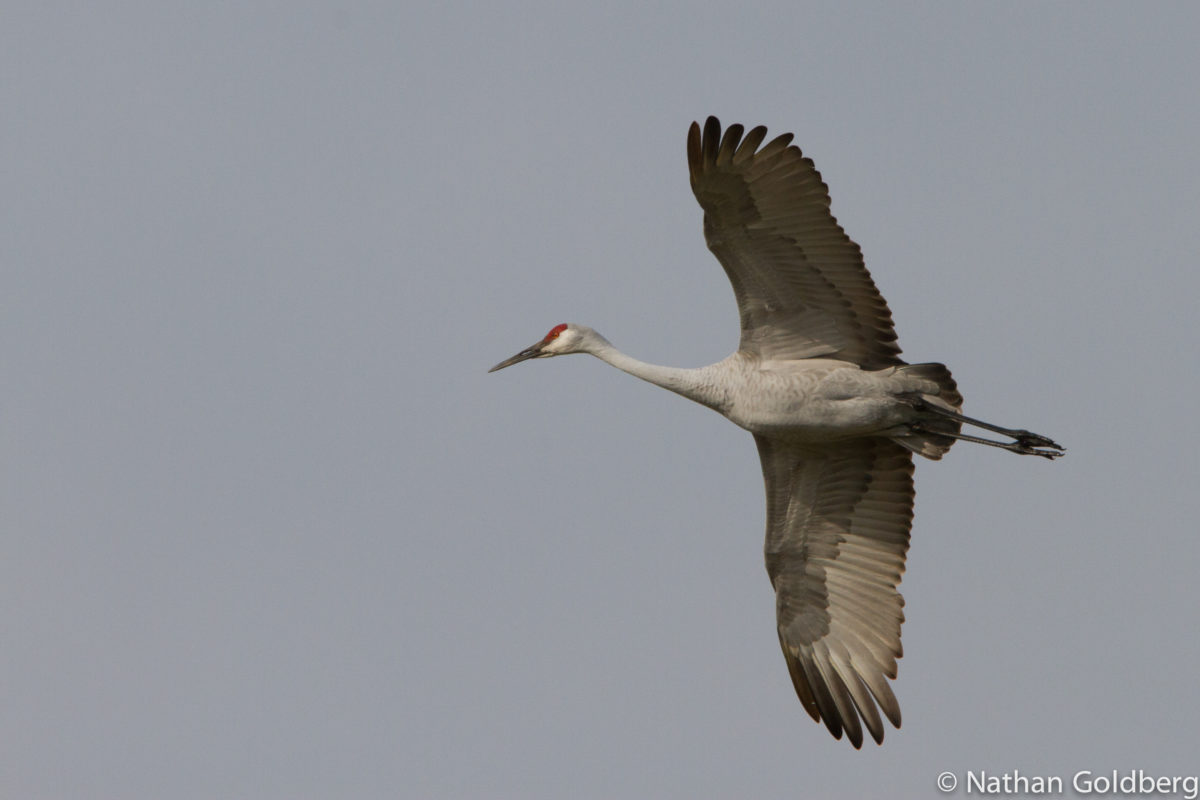 A favorite bird of the region is the Sandhill Crane (Antigone canadensis). With their bugling calls and incredibly large wingspan, observers along Lake Michigan’s shores can often see these birds migrating overhead in flocks of thousands in the fall. While once a scarce breeder in the region, they’ve bounced back and can be found nesting throughout Wisconsin, Michigan, and northern Illinois. 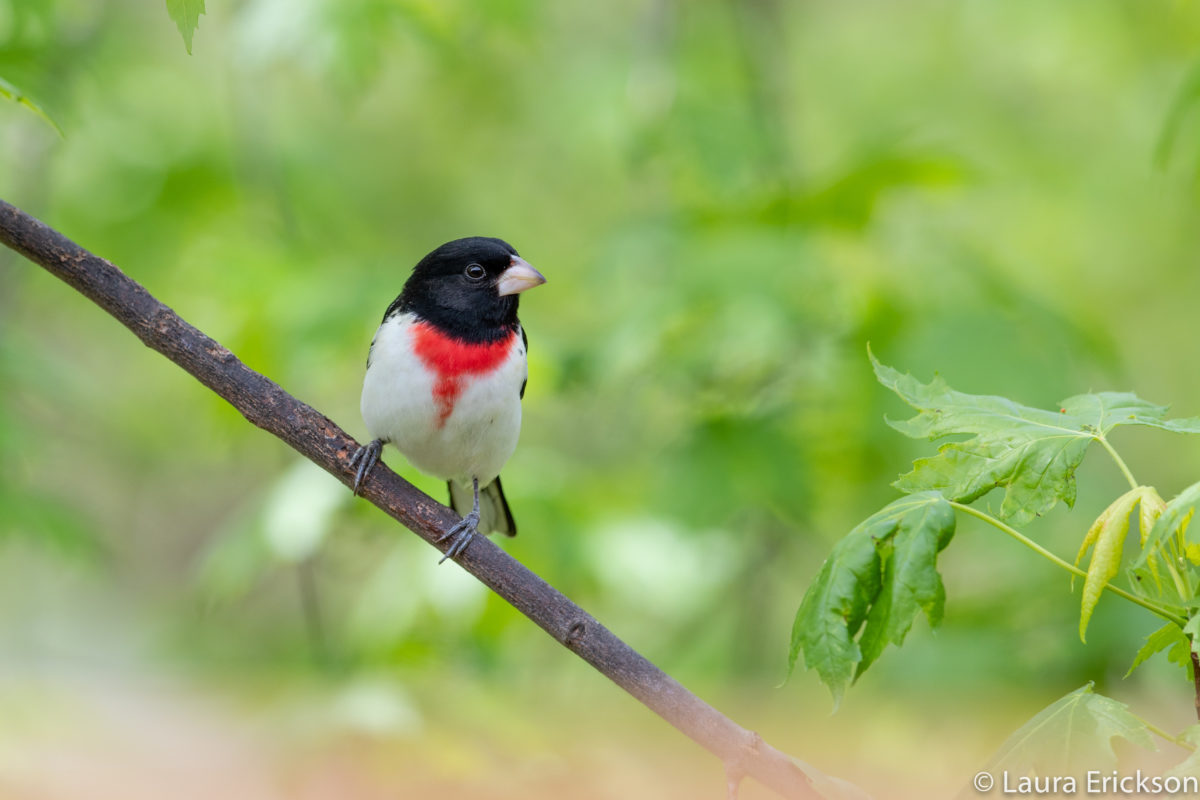 Inhabiting deciduously forested areas across the Great Lakes is the Rose-breasted Grosbeak (Pheucticus ludovicianus). A striking black-and-white bird with a bright splash of red, they can hide quite well in the treetops while singing a song reminiscent of a raspy American Robin. Though common in the summer, they all migrate south in the winter to Central and South America covering over 2,000 miles in roughly two months. 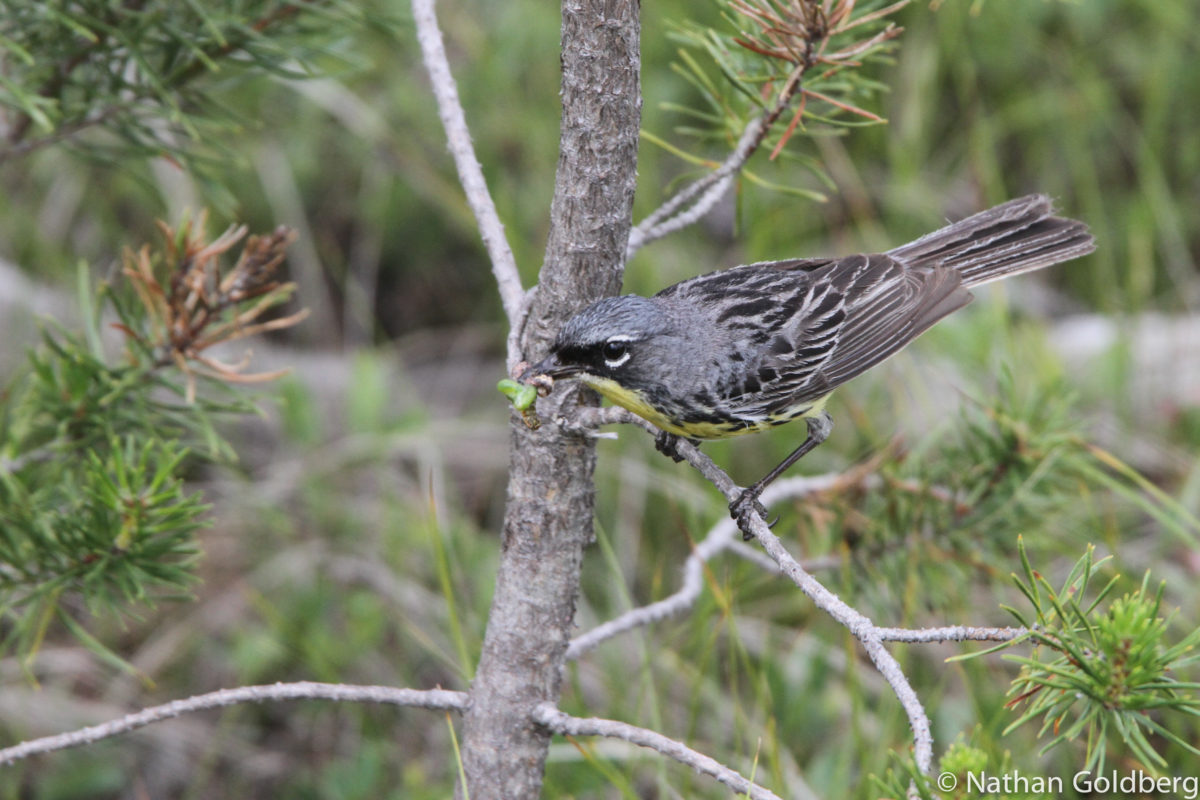 Finally, a species that calls only the Great Lakes region home: the Kirtland’s Warbler (Setophaga kirtlandii). Nesting in only five to 15 feet tall Jack Pine stands in sandy soil, they are truly a niche-habitat specialist. Through habitat degradation and fire suppression (fire being the only way Jack Pines reproduce), this warbler was down to only about 400 individuals in the early 1970s. Through support and management by the government, they have bounced back and now are up to over 4,500 birds. They’ve even expanded their breeding territory from Michigan into Wisconsin and even Ontario. 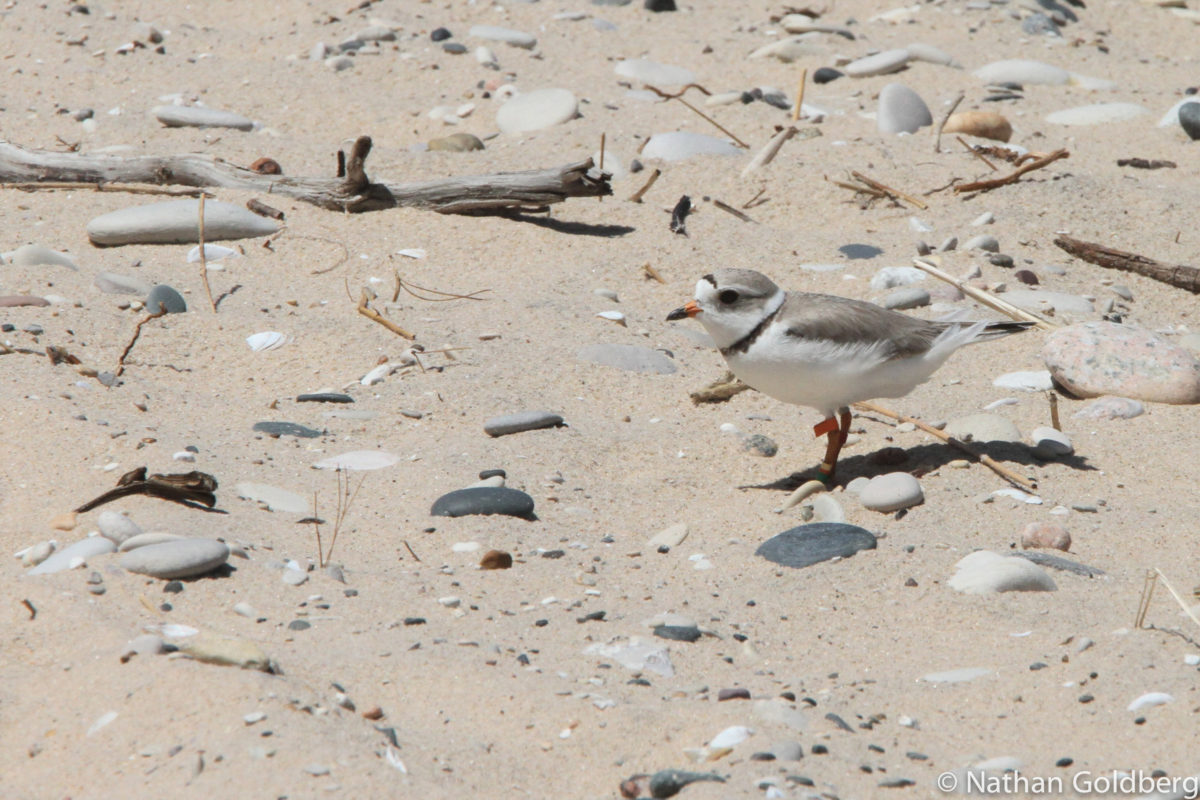 The Great Lakes host a variety of different species of birds that make up numerous different families. From rare to common, we have it all. Recently, the city of Chicago was in the spotlight as a pair of federally endangered Piping Plovers (Charadrius melodus) have chosen to nest at Montrose Beach – perhaps the most widely used of all the beaches in Chicago. With volunteer monitors offering to watch over the plovers day to day, they were able to successfully lay four eggs while beachgoers still enjoyed Lake Michigan and the warm weather.

To be able to balance the desires of people in as big of a city as Chicago while also protecting native ecosystems is a true testament to the power of the Great Lakes. Balance is what we strive for, and in order to protect the Great Lakes we must recognize what they provide to both us as humans as well as other life – including birds.

Birds are a vital part of the ecosystems we work to protect here at the Alliance – and we must continue to protect their habitats. To ensure more birds like the Piping Plovers are safe, sign up for an Adopt-a-Beach cleanup near you.