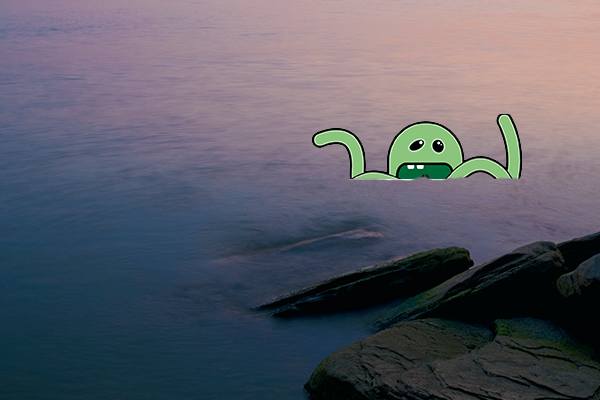 Many magical and mythical tales surround the Great Lakes. From monsters that lurk in the depth and haunting ghost stories, to urban legends and unscientific claims, the tall tales surrounding the Great Lakes are almost bigger than the lakes themselves! Here are five of our favorite Great Lakes myths. Have your own? Email us at alliance@greatlakes.org or share it with us on social media!

Sure, you’ve heard of the Bermuda triangle, but did you know that Lake Michigan has its own triangle?  The triangle spans from Ludington to Benton Harbor, Michigan and to Manitowoc, Wisconsin and is responsible for missing ships, sailors, and UFO sightings? Read more about it.

Sharks in the Great Lakes

This myth and urban legend crops up from time to time as fishermen spin tales of hauling up bull sharks– and even Great Whites– from the freshwater depths of the Great Lakes. In fact, a prominent news story of a shark in Lake Ontario turned out to be a hoax from Discovery’s Shark Week. While bull sharks have been known to ascend the Mississippi, our friends at the Shedd Aquarium debunk this myth thanks to a series of locks and dams, as well as an electric barrier.

Loch Ness has Nessie, Lake Erie has Bessie. This lake monster made headlines back in 1793 and has been making a splash more frequently in the last three decades (average lifespan of lake monsters is unknown). From time to time, she makes waves by trying to tip and sink boats. Bessie is described as a serpent or a sturgeon with arms, Bessie clocks in between 20 to 50 feet in length, depending on who you ask.

The Great Lakes are Set in Stone

We learned in school that the Great Lakes were formed by a glacier’s immense weight bearing down on the earth’s crust. But the story doesn’t end there. In fact, the Great Lakes are bouncing back, due to a phenomenon called isostatic rebound. Without the pressure from the glacier, each year, the northern shoreline is imperceptibly rising. Read more about the science in this great Detroit Free Press article.

More than 6,000 shipwrecks litter the bottom of the Great Lakes, but an even spookier phenomenon are the ghost ships that haunt the surface. In 2016, a videographer captured a tall pirate ship cruising Lake Superior. Are these floating mirages filled with the spirits of sailors lost at sea, UFOs or simply a water spout? We’ll let you decide.